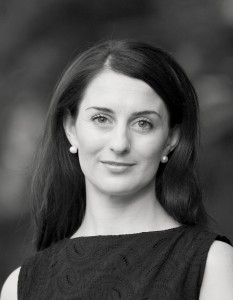 Theatre experience: Elena has performed Ariel in Shakespeare’s The Tempest, as well as in many scenes and monologues in University Drama Class including from As You Like It, Julius Caesar, A Taste of Honey, as well as a small roles in Anything Goes, Oliver and Peter Pan, as well as Lady Ella in Patience at the BBC Proms.

As a singer, Elena has performed all over the UK and Ireland, Italy, Australia and Poland, as well as Tokyo, Hong Kong, Wiesbaden, Strasbourg, Geneva, Quebec City, Montreal and New York.

Bachelor of Music Performance with Honours (Voice), Victorian College of the Arts

Other studies: 2 years completed of Bachelor of Science degree (Physics)

At University, our drama classes were highly influenced by Stanislavsky and included Movement and Dance, Laban analysis as well as Fencing and basic stage combat.

Personal Life: “I love watching films, being on stage, performing live in theatre or singing! I love  to travel, classic vintage fashion, evening-wear, discovering new, interesting food and meeting new people! While I technically live in Glasgow but work repeatedly in London, Australian and New York, amongst other places – I am rarely home!”

Giles Havergal must have thought he had died and gone to directorial heaven when the new cast for his second revival … was dropped on him….they look the part, they act the part…and vitally, they ARE the part… The Scotsman

The role has the potential to be a dull stock character – a naïve female victim. But [Elena] has it all: the adolescent playfulness of the Duke’s daughter, the youthful terror of the adult world she’s been thrust into… Limelight Magazine

Elena …shone in the small, but pivotal role of Lisa…., she was charming, vivacious and just a little bit saucy… She is unfailingly entertaining to watch…

Moving deftly from naivety to madness, [she] dazzled and touched us at the same time, with her sincere acting… Le Soleil

Equity: Elena is a full member of Equity.